The American Institute of Architects (AIA) has announced its Honor Award winners for 2018, which include projects from around the world designed by architectural firms both large and small. From a girls’ school in Afghanistan to a municipal salt shed, this year’s widely diverse group of winning projects will be honored at the AIA Conference on Architecture in New York City in June of this year. The Honor Awards, now in their 69th year, were selected by a jury consisting of architects and academics who judged projects based on “outstanding excellence and innovation”. 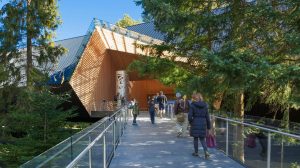 The Audain Art Museum in Whistler, British Columbia, Canada by Patkau Architects was one of the 17 award winners. An eco-friendly design, the elegant architectural structure hovers above a floodplain topography where there is heavy snowfall, thus embracing the elements and the setting. According to the judges, the project “wraps users around nature, blurring the boundaries between man-made and natural” 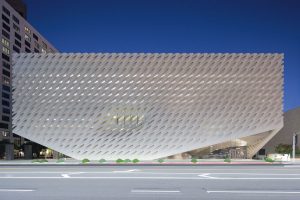 Another award-winning museum was The Broad in Los Angeles, designed by architects Diller Scofidio + Renfro in collaboration with Gensler.  The contemporary art museum is home to more than 2,000 works of art in the Broad collection, one of the most prominent holdings of postwar and contemporary art worldwide. The 120,000-square-foot building features two floors of gallery space. 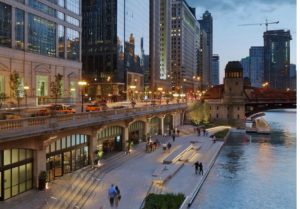 The Chicago Riverwalk, by Ross Barney Architects & Sasaki Associates, also took top honors. A once neglected downtown riverfront area, it is now a reinvented urban space with a wide range of amenities that reflect the city’s layered and diverse history.

Another award-winner was the Gohar Khatoon Girls’ School, in Mazar-i-Sharif, Afghanistan, designed by Robert Hull, FAIA, and the University of Washington, Department of Architecture. A modern take on masonry construction, the school’s beautiful yet restrained aesthetic creates an urban oasis and promotes community engagement as well as reflecting a new era for girls and women in the country. 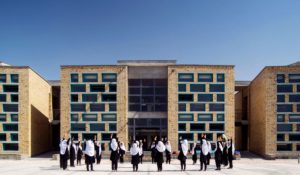