Upgradeable items that will boost energy efficiency in commercial buildings

Building designers, property managers and governments all have a vested interest in energy efficient buildings. Electricity use eats up much of a building’s operating budget, and operators are looking for savings along with the green halo of running an efficient building. Commercial buildings use up to 20 percent of the country’s power, and for large cities like New York, 95 percent of electricity use is consumed by buildings, according to the Urban Green Building Council. 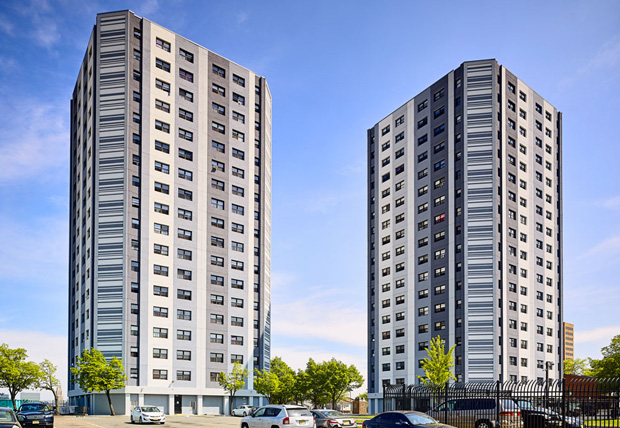 According to EcoWatch, the three main culprits for energy use during a building’s off hours are heating, ventilation and air conditioning (HVAC) systems, lighting, and plugged-in appliances, which combined account for 75 percent of usage. One of the most frequently cited upgrades to a building’s energy use is the switch to LED lighting, which can save up to 75 percent compared to incandescent lighting. For HVAC systems, ensuring routine maintenance is carried out, such as regularly changing filters and sealing ducts, and upgrades like programmable thermostats, can go a long way on top of the more expensive upgrades or replacements.

Vivian Loftness, professor at Carnegie Mellon University and the Paul Mellon chair in architecture, notes for CityLab there is ample room for landlords to upgrade their existing buildings from a hardware standpoint:

“Buildings in the U.S., and certainly commercial buildings, have been incredibly sloppy in their energy use,” Loftness says. “We’ve got [older] mechanical systems that are running at 50 percent efficiency, where there’s things on the market that will run at 95 percent efficiency. We’ve got a lot of room for upgrades for boilers and chillers, air-handling units, control systems—there’s so much room in just the hardware of buildings.”

A building’s envelope – referring to its walls, roof, windows and foundation – can also greatly affect its performance as these elements are built to withstand incoming and outgoing heat flow. A better building envelope puts less strain on the HVAC system, allowing for ample energy savings. Older buildings are a prime candidate for retrofits that can boost efficiency. Per Facility Executive:

As commercial buildings age, their façades and systems start to degrade, malfunction, fall out of specification, or even change use. The effect of this enclosure performance degradation is poor thermal comfort, poor indoor air quality (IAQ), and wasted energy resulting in an increase of energy consumption over the coming years. With a push for commercial buildings to reduce the energy footprint, retrofitting a building enclosure has many benefits, including energy savings, improved overall appearance, and uninterrupted workflow for buildings occupants. 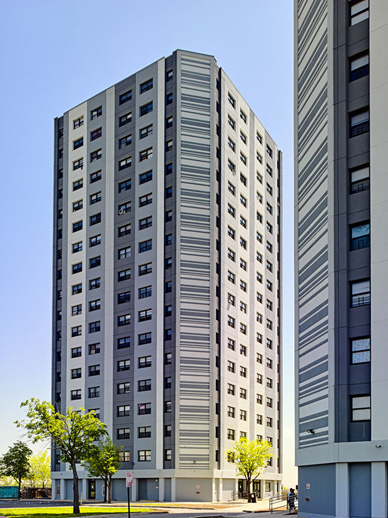 Built in 1976, Georgia King Village in Newark NJ was experiencing so much energy loss through the uninsulated precast concrete façade that it was difficult to retain a livable temperature for the residents of its 422 units. The building was overclad in 2017 with an EIFS continuous insulation system from Sto, which enhanced the aesthetics of the building as well as its energy efficiency. As an added bonus, the residents were able to remain in the building while the improvements were made.