This large-scale student housing project at Rowan University in N.J. relied on StoPanel to meet an aggressive construction schedule. 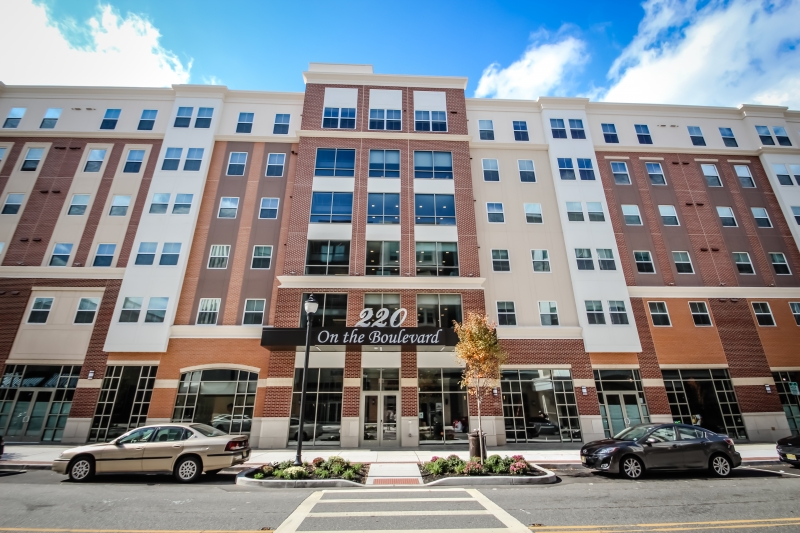 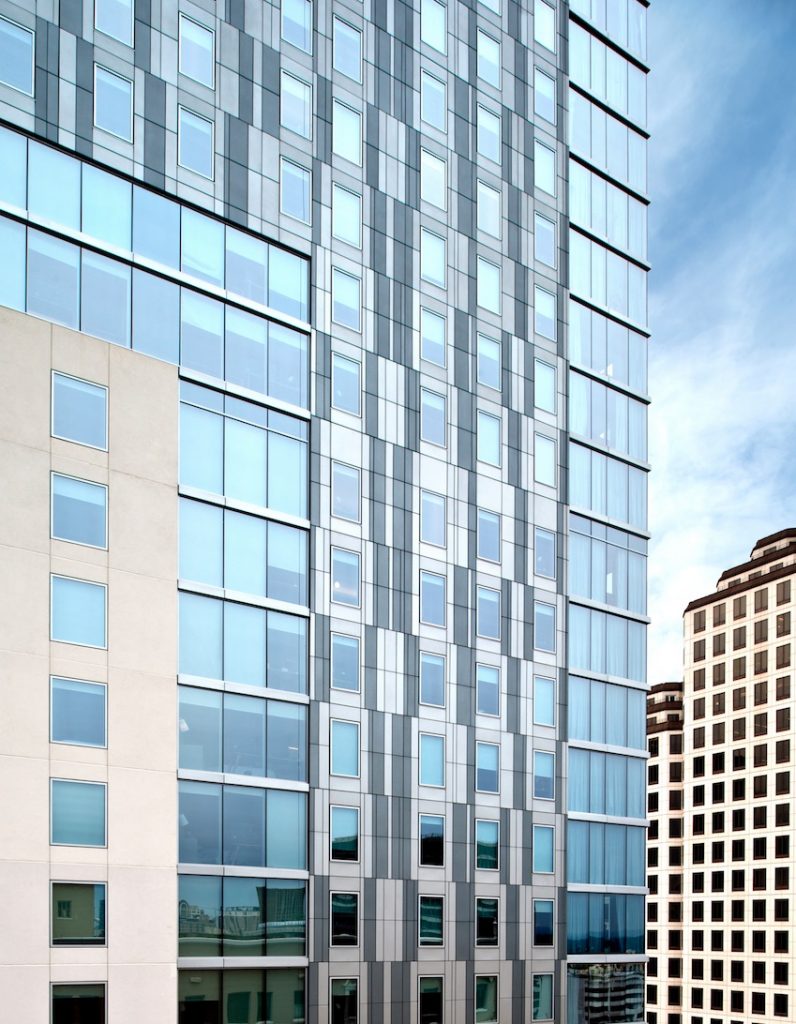 The inaugural project for StoPanel Dri-Design was the aLoft / Element Hotel in downtown Austin, Texas.

With Dri-Design, Sto can now offer a line of unique architectural panels that are available in a variety of metals including anodized copper, aluminum and zinc. They are connected using true dry joints, and the absence of sealants or gaskets means zero legacy maintenance for the building owner. They are beautiful, economical, sustainable, and fully test

The availability of a Dri-Design prefabricated panel option will provide owners and design professionals with a wide range of aesthetic metal panel shapes and color options along with the benefits provided when using a cladding that offers a rainscreen technology.

Swisspearl, the inventor of fiber cement panels, has joined with Sto to offer a continuous insulation system that uniquely combines the convenience and cost-effectiveness of offsite panel manufacturing with the look and feel of an innovative, contemporary aesthetic. The inclusion of Swisspearl in the StoPanel line-up of prefabricated panel options provides owners and design professionals with a wide range of attractive fiber cement panel and color options that also include a rainscreen design. 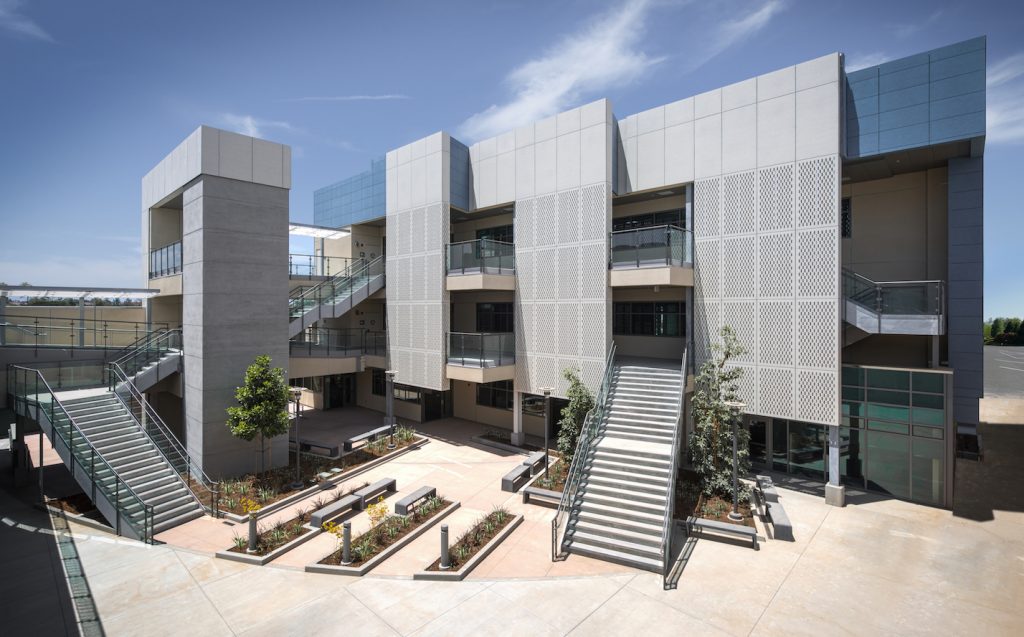 For years, capitalizing on the spirit of invention and its expertise in the building envelope Swisspearl has been developing innovative and sustainable products made of natural materials –fully focused on aesthetics, quality and responsibility to people and the environment.

Both of these new Sto panel systems offer owners and architects the design flexibility they are looking for while deploying a time-saving, offsite construction method to enclose their buildings.  These panel systems are high-quality and economical; they install faster and are the next chapter in creating innovative envelopes for tomorrow’s buildings today.

An Award-Winning Project that Includes StoGuard® 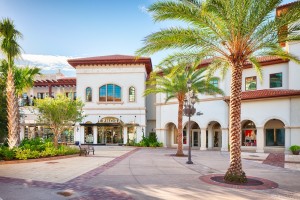 Disney Springs won an award for its contractor and kudos for a key vendor on the project: Sto. Photo: Chad Baumer

KHS&S is an international design-assist specialty contractor with a portfolio that includes more than 5,000 casino resorts, hospitals, hotels, entertainment venues, retail facilities, theme parks, attractions and public works projects around the country and overseas. Founded in 1984, the firm is now the second largest specialty wall and ceiling contractor in the USA.

At the recent Florida Wall and Ceiling Contractors Association (FWCCA) convention and trade show in Orlando, the company picked up the award for Project of the Year for the work they did on Disney Springs, an elegant shopping, dining and entertainment complex at Florida’s Walt Disney World. A key partner in the KHS&S supply chain? Sto Corp, who provided wall components for two stucco buildings, that included products from its leading air and moisture barrier system: Sto Gold Fill® and StoGuard Mesh, Sto VaporSeal®, Sto TurboStick™ and Sto DrainScreen.

Sto worked with Disney’s architects on the specification details. Now that the work is done, the results speak for themselves. 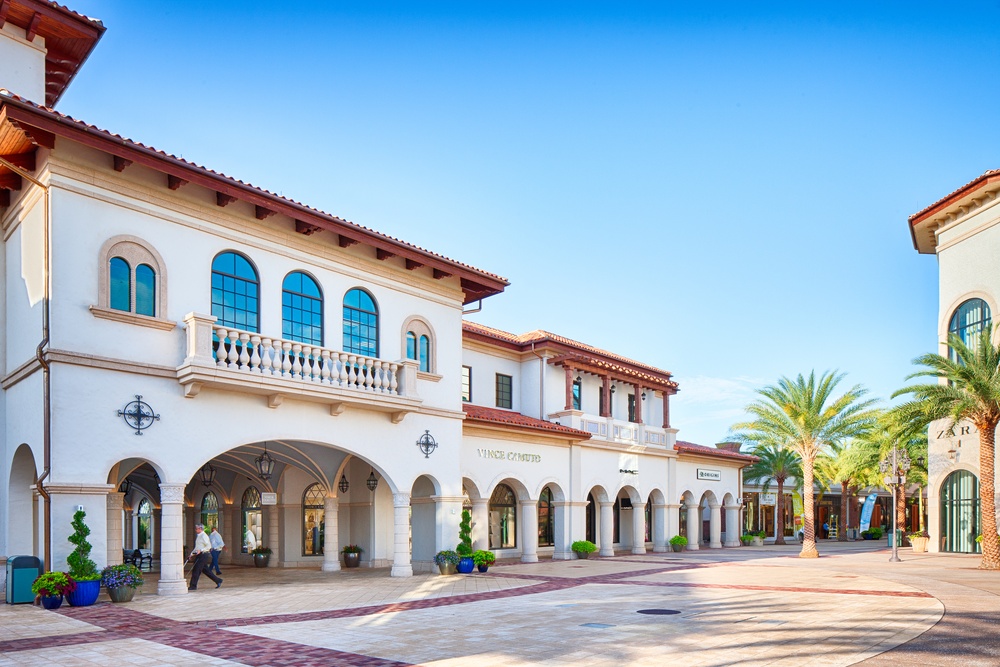 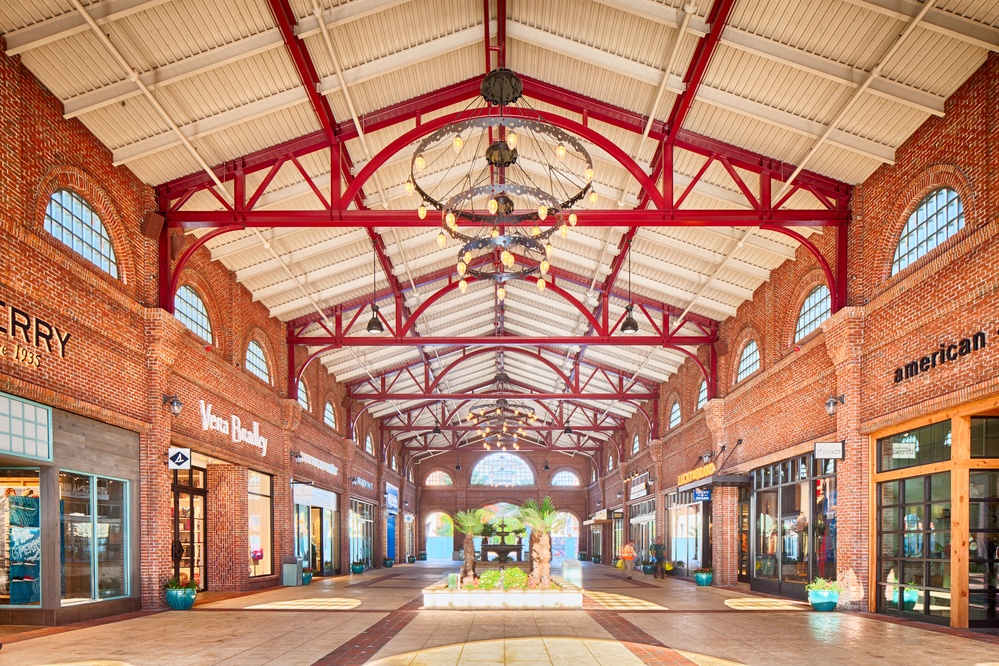 A cutaway drawing of the protective layers of StoTherm ci XPS insulation with an exterior Lotusan coating.

Many of today’s building designers and owners find themselves contending with the need for an advanced insulated wall cladding that meets the country’s increasingly rigorous IBC building codes such as Title 24, IBC, IECC and ASHRAE 90.1. What they want is efficiency, durability and a flexible range of exterior appearances. Sto’s answer? StoTherm® ci XPS continuous insulation.

StoTherm ci XPS is an integrated, continuous-insulation wall system that is air & moisture-controlled, thermally-efficient and highly durable. It helps cut energy costs, reduces maintenance expenses by extending the building life cycle and adds value by offering designers a variety of aesthetic options thanks to a wide range of decorative and protective finishes available in virtually unlimited colors. It checks all the boxes on today’s exterior specifications requirements list. 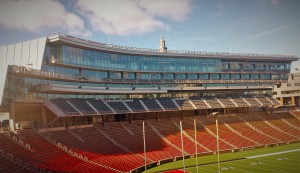 The newly-renovated Nippert Stadium at the University of Cincinnati incorporated StoTherm ci XPS in several of the wall structures.

StoTherm ci XPS is a highly energy-efficient system thanks to the combination of a fluid-applied StoGuard air & moisture barrier and extruded polystyrene insulation with installation-friendly components that eliminate heat-dissipating thermal bridging from mechanical fasteners and minimizes heating and cooling costs. It requires only one trade to install the entire system, which both cuts the time to build and lowers overall construction costs. And its low allowable deflection value of L/240 compared to L/360 for stucco and L/620 for brick facilitates lightweight construction and produces a lower cost per square foot.

This makes the StoTherm ci XPS system an ideal alternative to stucco and brick systems. Why? Faster, easier installation; high durability with a maintenance-friendly exterior finish that looks great and lasts. The economics are favorable, too; XPS material costs are typically lower than insulated stucco, brick or metal panel.

StoTherm ci XPS is part of StoCorp’s range of continuous insulation systems including EIFS, Stucco, Cement board stucco and Sto Panel (prefabricated) wall systems. The latest news is that the company is now partnered with two of the insulation industry’s leading vendors, Owens Corning and Dow as suppliers for a key component of the StoTherm ci XPS system. This now means that Sto customers will have two options when choosing the durable, high-R-value rigid foam insulation that resists water absorption and significantly contributes to the Sto ci wall.

This development makes it even more apparent that today’s StoTherm ci XPS is a true problem-solver. The news for architects and contractors is that the product now deserves a second look.

This renovated federal office building in Portland Oregon earned an A+ for sustainability from the AIA.

The AIA’s Committee on the Environment (COTE) works to promote design practices that enhance both the design quality and environmental performance of the built environment. As the Institute’s champion of sustainable design, COPE identifies the most outstanding “green” projects around the U.S. and awards its annual Top Ten Winners.

This year’s overall winner is the Edith Green-Wendell Wyatt (EGWW) Federal Building, an 18-story, 512,474 sf office tower in downtown Portland, Oregon. Originally built in 1974, the building received funding from the American Recovery and Reinvestment Act to undergo a major renovation to replace outdated equipment and systems. Already, EGWW has exceeded its projected energy and water saving goals.The building’s gas and electrical utility bills racked up a 45% energy savings in the first two years of use, compared to a building built to code.

Check out the other COTE winners here...